Montreal is currently under severe COVID restrictions, we will be in touch if you have an order for shipment or pickup that is affected. 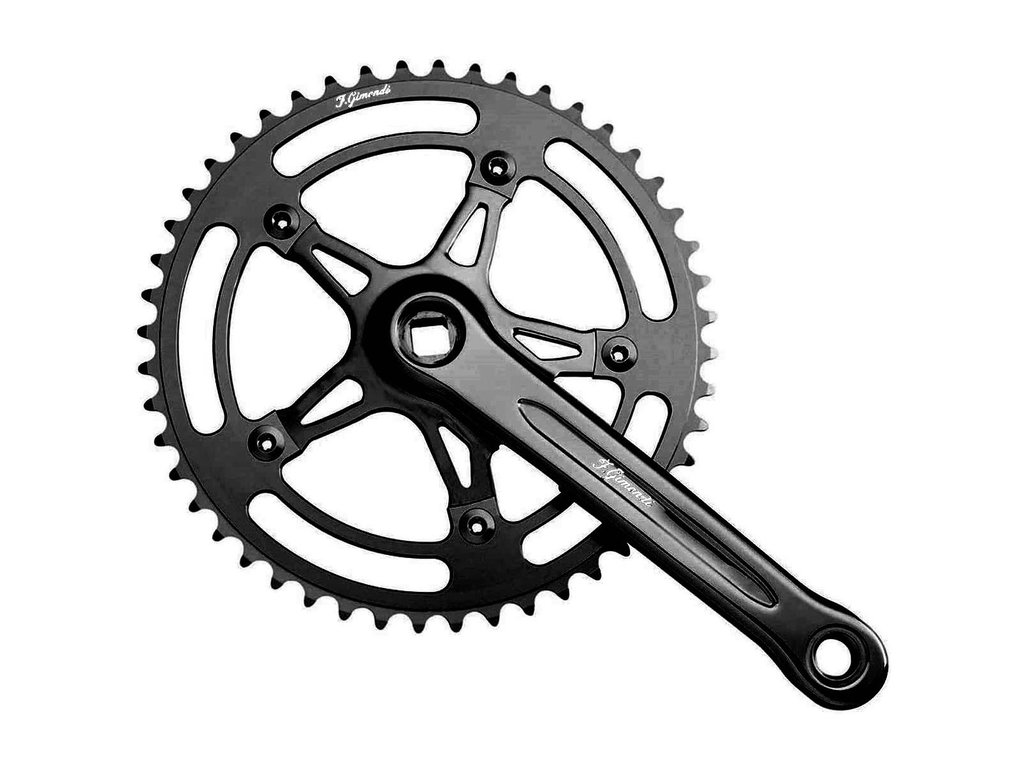 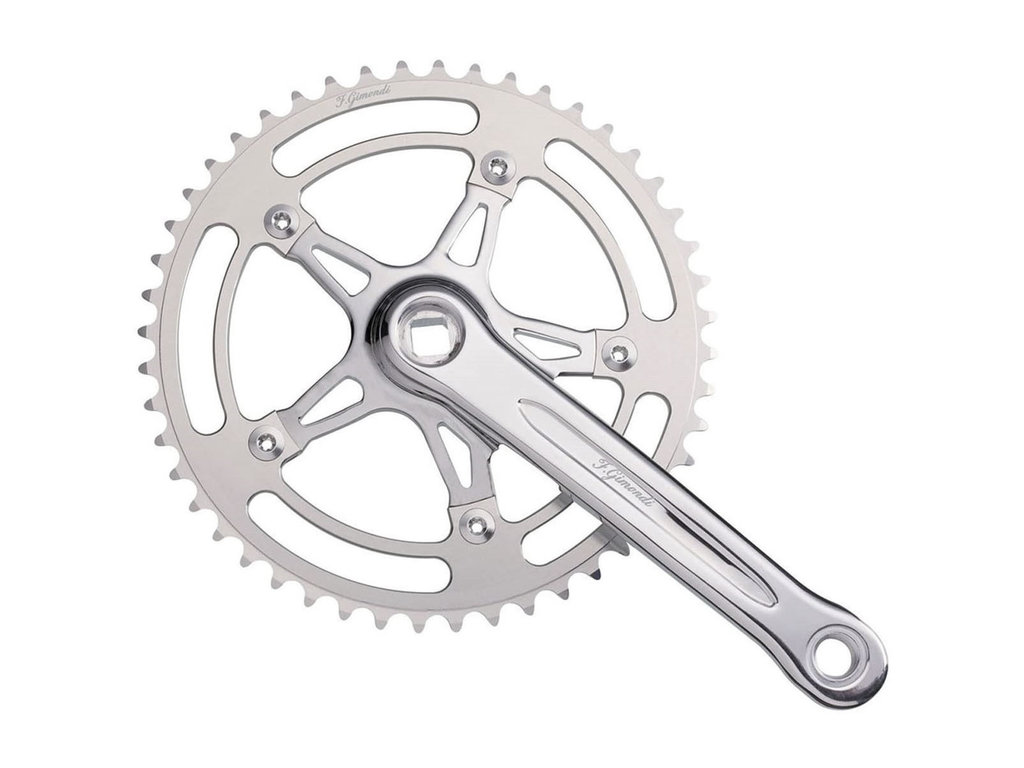 The 2011 Gimondi singlespeed chainset is named after Italian cycling legend Felice Gimondi, world champion and winner of all three Grand Tours, plus a classic race or two. Weighing 640g (including ring and bolts), it’s made from cold-forged aluminium and has a stylish ﬂuted arm design more than a little reminiscent of the classic Campagnolo Nuovo Record.

Mated to a ﬁve-arm spider (130mm BCD), the chainring is a 46T. The Torx chainring bolts have the same highly polished mirror ﬁnish as the arms and ring, making these cranks great for retro-style bikes.

We think the mix of modern manufacturing for up-to-date performance mated with classic looks really works here, and is perfect for a singlespeed project or to give your bike a bit of extra bling. At that price, the Gimondi is also really good value.

This model is made for Single speed chains and bicycle. However, the Gimondi Crankset is also available here for multiple speeds bicycles.

0 stars based on 0 reviews

Signup for our Newsletter

No thanks, I want to keep shopping.